Vital Hubs along the Belt and Road

Hawksford Managing Director of Asia, Dario Acconci recently sat down with the European Chamber for the April edition of their EURObiz magazine and discussed ASEAN and Singapore’s role as vital hubs for the Belt and Road initiative. 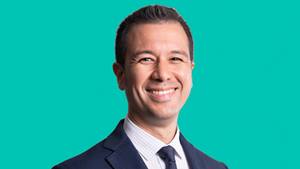 China’s Belt and Road Initiative (BRI) is a prime example of a ‘reaching-out’ policy the Asian giant has promoted after decades of isolationist political thinking, an approach now more popular among some challengers in the West.

By investing in strategic infrastructure projects abroad, China’s BRI stimulates and triggers demand for materials and goods at home. But the economic side of it does not come alone; on the contrary, it involves developing diplomatic and political ties along the old Silk Road to Europe as well as establishing newer maritime links in and around Southeast Asia (SEA) and Africa. Dario Acconci looks at the role Singapore could play in connecting European business to BRI projects in the region.

As the aim of the BRI is to enhance global supply chains and find new destinations for increasing outputs, primarily through debt-financed infrastructure projects across more than 65 countries, China expects annual trade with the states and regions involved to be worth United States dollars (USD) 2.5 trillion within a decade – up from USD 1 trillion in 2015.

The economic importance of the Association of Southeast Asian Nations (ASEAN) to China, its geographical proximity and the long-established cultural and heritage links, have made the bloc a key focus of the BRI as a means of providing China with a strong link with its neighbouring continents.

2016 marked the 25th anniversary of the open dialogue between China and ASEAN. While China has been ASEAN’s largest trading partner for 10 years now, the first two months of 2020 marked ASEAN’s overtaking of the US and the EU as China’s largest. And it is a two-way surge: China’s investments and construction contracts in the region in the first six months of 2019 was double the amount in the prior semester. Measures arising from the US-China trade war have turned ASEAN into a major destination for Chinese tech companies looking to expand in thriving hubs.

Bilateral trade has also increased massively, from USD 7.96 billion in 1991 to USD 291.85 billion in the first half of 2019. ASEAN and China are seeking to double their trade value, setting a target of USD 1 trillion by the end of 2020. The BRI, together with China’s stated desire to acquire more commodities, will play key roles in achieving this target. In January and February 2020, China’s exports to ASEAN economies slipped by 5.1 per cent year-on-year (y-o-y) while imports, a long-discussed issue of sustainability for the region’s links with China, soared by an unprecedented 7.2 per cent. Of note, China’s imports from Vietnam reached a record surge of 24.2 per cent, with imports from other developing economies like Indonesia also rising by 13 per cent y-o-y.

For ASEAN member countries, the BRI is already helping to address an infrastructure deficit and has lifted industrial development in less developed and globalised economies like Cambodia and Myanmar. While the formation of the ASEAN Economic Community brought SEA economies together as a single market and production base, the BRI might provide them with the integration balm they need by developing physical routes for people and goods exchanges. The region stands perfectly positioned to sit at the centre of global value chains and has provided alternatives to global suppliers looking to escape trade scrambles with the US and location-dependant outputs.

It is in this context that Singapore is already increasing its significant position on the global stage.

Singapore: the adaptor and the reading key for the treasures in the region

Singapore is one of ASEAN’s five founding member nations and is also the most developed of the bloc. Its advanced levels of technology, educated and integrated working class, and global networks have enabled the city-state to operate a world-class economy. Hence, it is expected to be the natural leader of ASEAN.

Historically embodying the safest port of choice along the Straits of Malacca for the East to West maritime routes, Singapore and its pivotal geography within SEA makes it also well positioned to play an important role in the BRI’s Maritime Road.

Singaporean financial, energy, trade, and infrastructure industries and companies are already key players in several SEA economies, compounding the nation’s position as one of the most attractive jurisdictions in the region.

Among the alternative routes China is trying to offer, one worth noting is the Southern Transport Corridor. This is a network of railway lines linking western Chinese cities and provinces, including Chongqing municipality, to southern Guangxi Province, and from there to Singapore and beyond by sea. This is a vital alternative to the Mainland coastal ports for China’s inner provinces; the corridor is the “first substantive link” between the two ancient Silk Roads. Once completed, it will cut transport times for goods between Chongqing and Singapore from three weeks to approximately one week and provide mountain- and desert-locked regions with access to waterways and ports down in SEA.

As the BRI unfolds, two main types of roles have emerged: communities and regions have either been recipients of infrastructure investments or were simply considered supporters of such investments, for example, on the financing side. Singapore’s advantages qualify it as best fit for this second category, offering structural financial expertise.

One could easily state that the success or failure of the infrastructure building plan rests largely on whether the projects are financially feasible. Getting investments and financing right is something key Singaporean corporates can boast broad knowledge and expertise in.

As the world’s second largest wealth management centre, the third-largest financial market, and with a thriving commodities hub, Singapore hosts many financial institutions and key industry players with the expertise to undertake infrastructure project structuring and financing. Singapore is in a strong position to complement, augment and even provide alternatives to the funding methods provided by multilateral organisations like the Asian Infrastructure Investment Bank (a multilateral development bank that aims to support the building of infrastructure in Asia), putting the Lion City in a sweet spot when it comes to intermediating capital and trade flows linked to the BRI.

BRI, Singapore and FDI: The Road to Travel

The long-term impact of the BRI on ASEAN countries is already a trending topic for regional governments, which expect the economic benefits of those infrastructure investments to trickle down to other sectors of their developing economies.

Foreign direct investment into ASEAN and Singapore increased dramatically this past year, and could continue to do so the more European and western companies:

For European companies wishing to invest in the various ASEAN jurisdictions involved in the BRI, structuring their direct investments remains favourable. Singapore’s strength as a key infrastructure, financial, and legal hub in the region ensures it is the ideal jurisdiction in which to establish holding vehicles that can benefit from the extensive list of double taxation agreements (DTAs) in place with all ASEAN countries. As ASEAN jurisdictions are also familiar with Singaporean structures, these holding vehicles could avoid the hurdles foreign entities might otherwise face.

There is little or no doubt that the BRI is giving rise to new opportunities for foreign companies looking to expand in the ASEAN region. For European businesses and investors looking to seize those outcomes by participating in BRI-related projects—not just infrastructure but also in trade, professional services, e-commerce, consumer goods, technology, and other internationalising sectors—Singapore remains the perfect partner. 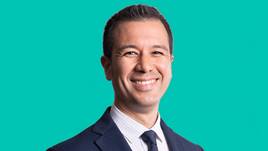 Dario is the Managing Director for South East Asia whilst managing a strategic portfolio of clients in China and Hong Kong.

Looking to grow or expand your business into Singapore?

Speak to our dedicated experts today.

Find out more about COVID19 Update from HMRC