Daniel Hainsworth on infrastructure and the Channel Islands

With major infrastructure projects springing up around the world, the Channel Islands are playing a significant role in making sure that they are well funded. Client Director Daniel Hainsworth weighs in.

What do the National Grid’s UK gas pipeline network, hospitals in Africa, and sewerage and water treatment plants in the US have in common?

The answer is that they’re all financed through infrastructure investment funds that are domiciled in the Channel Islands. And it’s very big business indeed – with massive projects in need of construction and maintenance around the world, and a tidal wave of money keen to fund them.

The numbers are staggering. In order to meet the infrastructure needs of a projected global population of around nine billion people by 2040 – just 22 years from now – the World Bank forecasts $97trn in investment will be required. This includes meeting the United Nations Sustainable Development Goals that aim to provide universal provision of clean water, sanitation and electricity to people around the entire world. The World Bank also reckons there will be a funding shortfall of $18trn.

This is where the need for private investment capital is particularly important and where infrastructure investment funds have a critical function to perform. They play the role of platforms where capital is raised from investors by fund managers who deploy it to fund major projects.

Macquarie Infrastructure Corporation, for example, has raised a series of funds that have invested in airports, seaports, and power and energy facilities. iCON has several funds that have invested €2.5bn in water, transport, energy generation, storage and distribution assets across Europe and North America. And Abu Dhabi fund manager Mubadala Infrastructure Partners invests in a variety of infrastructure and development projects in the Middle East, North Africa and Turkey.

These are just three of the largest infrastructure fund sponsors whose funds were structured through the Channel Islands. There are quite a few more.

On the funding side, there’s great investor interest in infrastructure, as David Crosland, a Partner and infrastructure fund specialist at law firm Carey Olsen in Guernsey, explains. “Infrastructure funds are particularly popular with pension funds. The big state pension funds in the UK, Canada, Korea, US and Australia like them because they’re asset-backed and produce predictable, steady income streams.”

Investors such as pension funds, insurance companies or sovereign wealth funds typically have long-term obligations to meet, such as paying pensions to private individuals. They look for income from the funds in which they invest that stretch over years, in some cases decades, to match such obligations.

And, of course, projects involving large capital investments in power generation and delivery, airports, hospitals and public transport assets, which have long, useful lives, will often be state-supported and form the vital infrastructure backbones of the countries in which they are located – the UK National Grid, for example. The match between such infrastructure and institutions makes a good fit.

Why the Channel Islands?

Although modest in their own infrastructure needs, Guernsey and Jersey play a pivotal role in achieving the match between projects and capital. Darren Bacon, a Partner at law firm Mourant Ozannes, sets out the reasons for this. “We have modern, flexible company law. We typically have limited partnership structures that tend to allow funds to pay dividends. We have a stable economic environment. We have economic and political and fiscal stability. “There’s a lot of noise around tax and offshore,” he continues. “But the reality is that all these funds are structured through [the Channel Islands] so that they simply don’t pay additional tax. The investors and the managers pay tax but the fund vehicle itself isn’t taxed repeatedly on the same investment.”

The islands’ law firms work closely with corporate fund administrators to run the funds once they’re set up and deployed in projects around the world. Jersey-based Hawksford is one of these firms, and it also has operations in the Far East, underlining the global nature of the infrastructure funds business. Hawksford Client Director Daniel Hainsworth explains that his firm is seeing increasing interest in infrastructure investment from investors, including high-net-worth individuals, in the Middle East and Far East. He says the global infrastructure market is growing apace. “I was at an annual infrastructure conference in Berlin recently and you can see how it’s grown,” he says. “It started off eight years ago with 20 people in a room talking about infrastructure. It’s turned into an event now attracting between 3,000 and 4,000 attendees. If you look at infrastructure as an asset, it’s an alternative asset and one that’s becoming more and more attractive from an investor’s perspective, but also more required by developing countries.”

He highlights renewable energy assets in emerging markets that he believes will attract greater asset allocation in the future (see below). “This is a market that’s only going in one direction, and that’s growing.”

Structure and the market

Although the market is booming, Carey Olsen’s David Crosland strikes a more cautious, practical note. “There’s huge demand for infrastructure investment and also huge investor interest in infrastructure funds, but we need to make sure they have the environment at ground level to invest in infrastructure. “It’s about certainty over the rule of law and respect for assets. Public and private capital has to have the means to be channelled into infrastructure projects in various markets, and that’s what Jersey and Guernsey do really well. The islands have a key advantage over Europe now in the establishment of these funds.” Crosland also points to The International Stock Exchange (TISE) – which is based in Guernsey and where fund sponsors can list debt – as another important tool. “We’ve listed a lot of infrastructure debt on TISE in the form, typically, of bonds or loan notes,” he says. “You need to have a variety of tools available for infrastructure funding. What Jersey and Guernsey do well is provide a lot of options in a well-regulated, transparent environment.”

Since the start of this year, however, there’s been somewhat less deal activity, according to Mourant Ozannes’ Darren Bacon. “There have been fewer projects being acquired,” he says. “But that’s a consequence of a lot of funds having been raised already. People are trying to invest that money at the moment and also a lot of people are chasing the best deals, which have become expensive.” However, he sees it as a cyclical market condition that will pick up again once existing funds have been invested and new fund raising accelerates again. “From a Guernsey perspective, we’ll continue the way we are,” says Bacon. “We’ll just keep doing what we’re doing. I’ve got no reason to think otherwise and we’re seeing quite a lot of activity. “And as we do more deals in North America and Asia, there are options for us beyond the UK and Europe, though the relationship is, and always has been, close with London as our nearest capital market. This all looks positive for the islands.”

When Basalt Infrastructure Partners closed its second infrastructure equity fund in February, it announced total investor commitments of $1.28bn. Two of its four investments will be in Detroit Renewable Energy and a portfolio of solar energy assets in Italy. Renewable and sustainable energy projects are a key trend that Daniel Hainsworth, Client Director at Hawksford, sees as ripe for growth. This embraces, for example, solar and wind farms in the UK, Germany and elsewhere. Meanwhile, although there’s aconsiderable demand from western countries for injections of private capital into infrastructure developments, in the longer term, emerging markets offer huge scope for infrastructure growth. Consequently, projects in Latin America, Asia and Africa look attractive because they offer western institutional investors scope for portfolio diversification.

At the same time, they also attract Middle Eastern, Far Eastern, African and Latin American investors to invest in projects in markets where they may have a good handle on the geopolitical and economic conditions that mark out the territory where projects are located. Looking forward, renewables and emerging market infrastructure projects are well starred for growth – particularly because emerging markets have the greatest need for infrastructure and often lack the fossil fuels to power their growth.

If you enjoyed this article, sign up now to receive news and insights by email. Daniel has worked in the corporate and private wealth structuring industry for over 17 years and has wide experience in providing professional director and company secretarial services to a diverse range of clients. 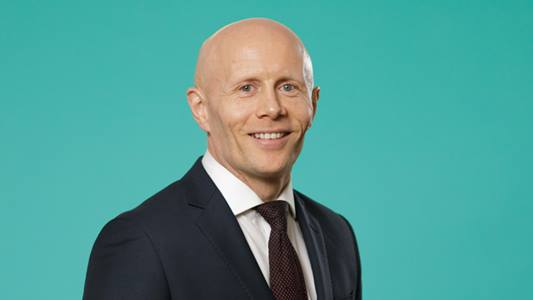 David is the head of the Corporate Services Jersey Team. He works with clients including corporates, banks and other financial institutions, multinationals and entrepreneurs. Sian has extensive financial service industry experience, and for both corporate and private clients.