What are the factors affecting the increased movement of wealth today?

Leading industry experts discuss the push and pull factors affecting wealthy international families today. Do you agree with the experts?

Participants in a Hawksford-sponsored roundtable delved into a myriad issues affecting today's international families at globally renowned jewellery designer Theo Fennell's flagship store in London. Topics included transparency initiatives, the somewhat hostile attitude of governments and the media toward high-net-worth individuals. Below panellists discuss the factors that are resulting in the increasing mobility of both people and capital...

The transparency initiative du jour is the OECD's Common Reporting Standard (CRS). Ninety-six countries have signed up to this automatic-exchange-of information (AEOI) mechanism, but, despite calls from US Internal Revenue Service Commissioner John Koskinen for the US to join the CRS, it is still a major hold-out. The result is, in some cases, the outflow of assets to the US.

'I'm doing an interesting case at the moment which involves moving an Isle of Man trust to South Dakota,' said James Quarmby TEP, Partner at Stephenson Harwood. 'We're moving the whole shooting match over there because the US hasn't signed up to the CRS. The client is fully up-to-date with their tax affairs and has no intention of avoiding tax, but viewed the local civil servants and tax inspectors in their particular European country as akin to bandits; they didn't want to be at the end of an arbitrary investigation,' explained James.

A very significant drawback of moving assets to the US, which KPMG's Head of Family Office, Catherine Grum TEP, underlined, is the implication for clients' reputations: 'There have been scathing reports recently both in The Economist and Bloomberg on this. Clients concerned from a reputational perspective need to weigh up if it is worth them moving assets to the US.' Christine Simpson, an Associate Director at Hawksford, also cautioned on the relocation of assets: 'A lot of families' structures are very carefully placed in a jurisdiction or multiple jurisdictions, to ensure the longevity of the structure. I would be very concerned that short-term strategic steps could end up with the assets in a new and untested jurisdiction.'

Rose Chamberlayne TEP, a Partner at Wiggin Osborne Fullerlove, added that the 'priority for families should be getting their houses in order and making sure they have comprehensive and coordinated advice on all the different reporting components.'

Tax was a primary motivator for the movement of capital in the past; transparency is now vying with tax as a cause for concern. Clients are moving their assets due to apprehension about the flow of information under AEOI. While the OECD has committed to uphold the confidentiality of taxpayer information under the CRS, practitioners and clients question how this can be assured in jurisdictions that fail to protect their citizens' rights. 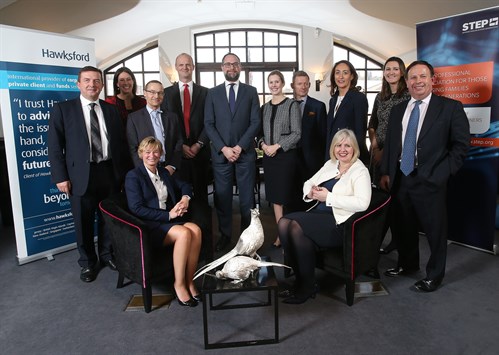 Julian Hayden TEP, a Director at Hawksford, mentioned another approach that some clients are considering: 'Our clients are fully compliant, and therefore report as appropriate, but, for the sake of privacy or to have time for reflection and possible planning, some clients with assets in jurisdictions that are "early adopters", due to report in the first wave in 2017, have considered moving assets to jurisdictions that are in the second wave.' These jurisdictions are signed up to the CRS, but are not due to report until 2018 and this 'gives clients time to see how the mechanism will work in practice'.

Admittedly, the movement of assets as explained above is at the more significant end of the reorganisation spectrum. Julian, for his part, has come across cases where clients wanted to alter the beneficial class in order to remove beneficiaries who were actually unlikely to receive anything. The reason for doing so? 'It's about reducing the cost of compliance and managing the control of release of information,' he explained.

'This seems like an extremely retrograde step,' said Dominic Lawrance, a Partner at Charles Russell Speechlys. 'In the 1960-70s, people were making so-called "Red Cross trusts", which had no named beneficiary apart from the Red Cross, and then someone would be added in and taken out again later. We now seem to be moving back to that position, as, people are too frightened to be named as theoretical beneficiaries.'

It seems that reporting is not plain sailing even for clients who have no reservations as to how their information will be managed by tax authorities under the CRS. 'We have clients who are very happy to report everything under the CRS. But sometimes they are connected to about 20 different jurisdictions and there's no guidance from all these jurisdictions as to what it is that they have to report. What applies in France may not necessarily apply in Spain because everything is interpreted,differently in each locality. There isn't anything common in the reporting standards,' quipped Michael Powell TEP, a Director at Hawksford.

For many international families, their wealth triggers a risk to their physical wellbeing. 'I work with a family from South America, and their reason for moving to London was so their daughter could walk to the shops on a Saturday morning without having to be driven there by bodyguards,' said Catherine. Protection from economic troubles and terrorism are other issues that cause families to relocate. 'A lot of our clients are trying to open a bank account with a US bank, as they think the US is the future for their children. They are trying to get into the US as fast as they can, as they feel it may be the only place that is logically safe from terrorism, migration fallout and other threats,' explained Liz Henson, a Partner at PwC.

Of course, there may be no risk of physical or fiscal harm at all; families may relocate for work, personal or many other reasons which our panellists discussed, along with the preferred countries for relocation: Portugal, Monaco, Switzerland, the US and the UK, to name a few. Practicalities can be as important as the legal aspects of a move. For example, it was noted that, on arrival in a new country and during the preliminary stages of relocation, many clients find beginning their new life problematic, as they are refused the most basic of banking services.

'One of my clients is from a high-profile Middle Eastern family. They asked me if it was legal for them to open a bank account in the UK, as their application had been flatly refused,' said Rose. 'As advisors, we have to know which banks are open for business in different jurisdictions and how to manage our clients' expectations.' 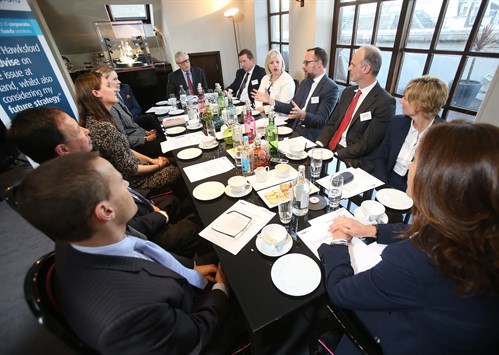 The new anti-money laundering regime under which many financial institutions are now operating has been identified as one of the reasons for banks' somewhat arbitrary behaviour. Banks and other, financial institutions are now required to take a 'risk-based approach' to customerdue-diligence procedures. De-risking is causing huge difficulties for practitioners and their clients. Catherine shared another example: 'I had clients move from another G8 country to the UK, but the family's origin was in a number of Commonwealth of Independent States jurisdictions. They had left their original home countries over 20 years ago and had banked with the same institution over that time. When they moved to the UK, they couldn't get their accounts open with the same institution.' A know-your-client (KYC) and due-diligence report revealed the reason: a close relative was a politically exposed person (PEP). 'Despite the absence of any other information indicating this, the bank's starting point was that the family's wealth was coming from the PEP,' explained Catherine.

Charlotte Thorne, a Partner at Capital Generation Partners, highlighted a pattern of poor bank behaviour: 'As we know, some banks have had some really inadequate processes in place, taken on inappropriate clients or inadequately "due-diligenced" clients. The Financial Conduct Authority has quite rightly come down on these banks like a ton of bricks and some of the fines have been eye-watering. The banks have responded by culling large numbers of client relationships, losing excellent clients in the process. Exemplary clients are paying the price for the bad behaviour of the banks.'

Chair Giles Richardson TEP, a Barrister at Serle Court, asked our panellists if, in their opinion, it would become easier for practitioners and their clients to overcome these regulatory hurdles. Their forecast was not bright. 'I am not optimistic. My view is that the issues with banks will continue for many years,' said Michael. The observations of Tim Cartwright TEP, a Director at Hawksford, were particularly concerning: 'The choice of bankers and investment houses is narrowing because of de-risking strategies. Jurisdictions which are at the top of the league in servicing international families are beginning to face major challenges in opening banking and investment relationships as part of the structuring for such families.'

The ebb and flow of the high-net-worth world

The US Foreign Account Tax Compliance Act triggered a dramatic rise in Americans renouncing their citizenship. Three thousand US persons applied to renounce their citizenship in 2013, more than treble the previous year's figure, and ten times that of 2008. The figures for 2015 set a new high at 4,279,1 despite the renunciation fee rising sharply. 'The irony I that the people who are giving up their citizenship are mostly Americans,' commented Geoffrey Todd TEP, a Partner at Boodle Hatfield.

'It's not a one-way process is it? People are moving in different directions for different reasons - compliance, tax, visibility - it's quite a complicated world out there.'

James predicted it was only going to get more complicated: 'We live in a bipolar world. On the one hand, there are a lot of countries cracking down on tax evasion but, on the other, jurisdictions are competing for high-net worth (HNW) individuals with specific carve-out regimes. We could see the emergence of a strange HNW migration trend.'

Rose's outlook, on the other hand, was more conservative: 'Yes, there are jurisdictions offering lots of incentives to HNW individuals, be it citizenship programmes or favourable tax regimes. These incentives are nice in theory and some clients may take them up, but you need to do your rubric and look at the whole picture. I would be more cautious as to whether a pattern will emerge; many families will prefer multiple locations that work collaboratively together, rather than single jurisdictions.'