Just over a year after British voters surprised the financial industry and voted to leave the European Union (EU), negotiations are under way to unwind Britain’s 44-year-old relationship with the EU and negotiate future ties. 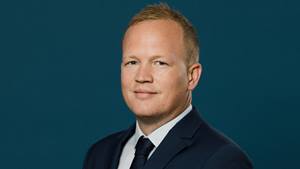 Whilst Jersey is outside the EU, it is treated in simple terms as part of the EU for the purposes of free trade in goods. Contrary to popular belief, Jersey’s access to Europe is secured through its own bilateral treaties with additional member states or by being deemed ‘equivalent’ for specific initiatives.

However, Jersey could be indirectly impacted by the UK’s decision to leave the EU and therefore has an interest in the UK negotiating successful agreements with the EU, especially as a large number of investment managers that use Jersey are based in the UK.

Continued enhancements to its laws and regulations provide choice for investors and ensures Jersey remains a leader in fund services.

With the introduction of the Alternative Investments Fund Managers Directive (“AIFMD”) in 2013, and subsequent regulatory enhancements, Jersey was the first ‘Third Country’ to offer a fully functional ‘opt-in’ regime under AIFMD and a Jersey Manager can establish different funds to access the EU through National Private Placement Regimes (NPPR).

As at 30 June 2017, 131 alternative investment fund managers (AIFMs) had been authorised in Jersey to market into Europe through NPPRs under the AIFMD, up 14% compared to the same time last year. The total number of Jersey alternative investment funds (AIFs) being marketed into Europe through NPPRs also increased to 276, representing a 10% year-on-year increase.

The Jersey Financial Services Committee has reported a strong uptake in the new Jersey Private Fund (JPF) regime launched in April 2017, the latest addition to Jersey’s suite of fund structuring options. The JPF provides sophisticated investors with a more streamlined and fast-track regime, under which funds for up to 50 investors could be established in as little as 48 hours. As at 31 August 2017 there were 44 JPFs, with the majority being newly created fund vehicles and just under a fifth being conversions from existing structures.

One sector that is exploring these new offerings from Jersey is the real estate fund sector. Having recovered from the global financial crisis in 2007, the UK’s property market has picked up in recent years. Central London has always been a hotspot attracting foreign investment, with the London property market tending to remain stable during times of economic volatility.

Real estate investment is, generally speaking, illiquid and a medium-to-long term investment. Prime London real estate price growth has slowed with interest turning towards the outer boroughs and the commuter belt, which are benefitting from the economic shift.

Some foreign investors are also looking to venture out further to cities such as Birmingham, Bristol, Manchester, Leeds and Edinburgh. The planned investment in the UK’s rail network High Speed 2 (HS2), which will link London to Birmingham, Manchester and Leeds, is generating interest in the UK’s other key cities.

Although still in demand, prime London property could be suffering from limited supply for the right real estate asset acquisition, be it retail, commercial, development or private.

As we look towards trends for the real estate investment sector, research tells us to consider technology and generations x and z. Looking ahead to the next 10 years and beyond, these generations are likely to be comfortable in renting and sharing ownership of residential property. This move away from ownership could have the potential to disrupt an industry built on the very concept of ownership.

Equally, there is a seismic shift in the retail property sector as online continues to dominate. The retail sector, including shopping centres, will look to introduce technology and create a ‘destination’ and ‘experience’ for the consumer. During this challenge to resize, we may see excess space in retail centres being converted to residential and office spaces or public space.

One of the long-standing assumptions that prevails is that the real source of value is in bricks and mortar, rather than usability, adaptability and service quality of the property.

Fund managers can take a lot of confidence in the Jersey platform, it offers a straightforward regulatory regime and the confidence of continued access to the European market through private placement. The regime also provides a framework for conducting funds activity outside of Europe.

As the economic and geopolitical backdrop continues to flex and change, confidence in the real estate asset class remains stable. With Jersey offering a range of real estate fund vehicles, confidence in its long-term future as a jurisdiction to domicile a fund remains high. There will be opportunity in Brexit, and in bricks and mortar.

This article was originally published in November edition of Connect, 2017 which can be viewed here.

Find out more about our Fund services. 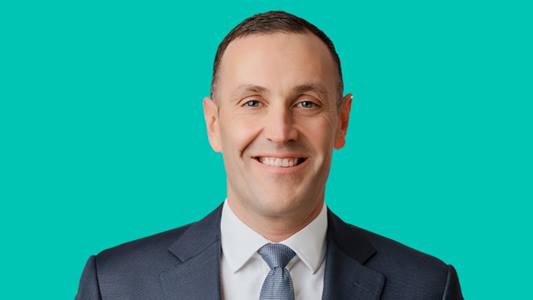 Simon has responsibility for the overall management and development of the fund solutions at Hawksford. Jon has extensive experience of fund administration and co-sec, particularly in the offshore alternative investment funds sector and in the launching of new funds.

Find out more about One year on: Simon Page transforms Hawksford Funds Services