Local trust company, Hawksford, hosted a reception at the House of Commons last week at which it announced it is to support the Jersey College for Girls’ annual series of debates.

The event, which Hawksford organised to launch its thought paper entitled thinking beyond tomorrow, was attended by around 80 guests, including Carl Howarth, principal of JCG, pupils Taye Le Monnier and Amelia Jones and teacher Ros Cleave.

JCG will be hosting a variety of debates over the next 12 months, many of them centered around the articles in the Hawksford thought paper. The publication has brought together leading individuals from the realms of business, society, education and culture to look at the trends, issues and opportunities which might affect the world's future. Hawksford specifically asked these leaders to look at the big picture and ask the big questions. High profile contributors include Edmund King, president of the AA, Mark Field MP for cities of London and Westminster, Lord Flight, Lord Filkin and Darren Caplan, chief executive of the Airport Operators Authority.

'We are delighted to announce our sponsorship of the JCG debating series and even more delighted that they will be focusing their debates around the articles from our thought paper, said Peter Murley, chief executive, Hawksford. 'Thinking beyond tomorrow, our positioning statement is incredibly important to us as it underpins everything we do for our clients.  The thought paper is a fantastic example of thinking beyond tomorrow in action - looking at the factors around us now to help us plan for the future. By immersing ourselves in the possibility and challenge of tomorrow, we become more prepared for today. It also ensures we look at the past for lessons and direction for the years ahead. It seems fitting that the youngsters of JCG, the future leaders of tomorrow, will be debating these articles.
'20 years ago, no-one would have guessed the significance of the internet and the central role it plays in all of our lives. A decade before the internet, it was the mobile phone and a decade before that computing. Yet the innovators and the leaders - the kind of people who have contributed to the thought paper - are always thinking ahead, always challenging, always thought provoking,' concluded Peter Murley.

Mr Howarth said the students were inspired by the event which was held in the Churchill Room of the House of Commons. 'It was fantastic for our students to be able to come to the House of Commons to celebrate the launch of the Hawksford thought paper in a building which represents the most significant decisions and debates in British history,' said Mr Howarth, Principal, JCG. 'We had the opportunity to talk with many of the contributors and they were very keen come over to Jersey to facilitate the debates on their particular articles.  Advocating an argument is a vital and much valued skill and their involvement will allow our students to debate directly with the leading thinkers of today.'

The thought paper is a collection of 14 articles from leaders from across a variety of sectors.  These include: 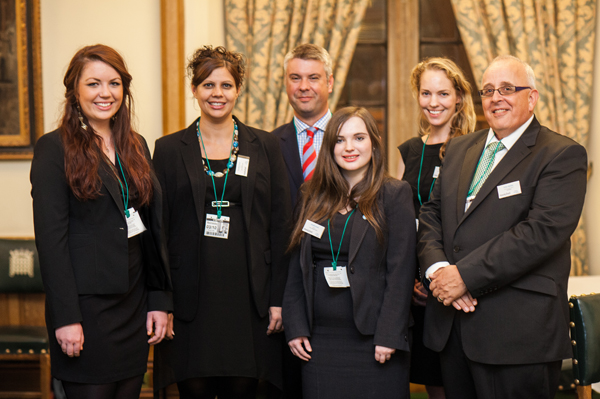