Foreign Investment Law of the People’s Republic of China

On March 5, 2019, the draft PRC Foreign Investment Law was approved by the National People’s Congress gathered in Beijing. The bill is set to come into effect on Jan 1, 2020 and to replace current laws and regulations ruling on FDI and their corporate forms in China - Chinese-Foreign Equity Joint Ventures Law, Wholly Foreign-Owned Enterprises Law and Chinese- Foreign Contractual Joint Ventures Law. 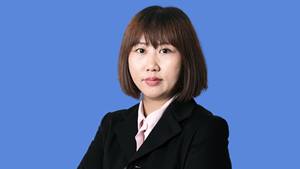 The evolution of foreign investment regulation in China

China did not have any formal regulations regarding foreign investment until 1979, when the country began to open its economy to the world. The first Chinese-Foreign Equity Joint Ventures Law was adopted through the Second Session at the Fifth National People’s Congress and experienced three amendments within 37 years. It symbolized an opening gate to the outside world. A few years later, the creation of Wholly Foreign-Owned Enterprises Law and Chinese-Foreign Contractual Joint Ventures Law came one after the other. The new Foreign Investment Law has basically swept away 3 years work by officials from the Ministry of Commerce and pledged its scope to the National Democratic Reform Commission right when foreign lobbies, chambers and actors are demanding for non-discriminatory rules and increased access for FDI in China’s economy.

The new Foreign Investment Law aims to improve the transparency of the policies and unified the provisions of foreign and domestic enterprises. It mainly focuses on providing pre-entry national treatment to FIEs except for the industries in the Negative List for Foreign investment. National treatment for FIEs includes non-differential practice in governmental procurement, financing, IPRs protection, and company registrations, etc.

Starting from 2015, China’s Market Authorities started a de-regulating process in order to shift the country’s approach to FDI from an Investment Catalogue stating sectors open to foreign  investment to a Negative List simply focusing on exceptional industries regulated or barred from that. One of the goals of this radical change was to improve the overall efficiency of the entrance process.

1. Legislation for foreign investment in China and eligible foreign and Chinese investors

Eligible foreign investors remain unchanged i.e. foreign individuals, companies or other entities. It is unclear now under the Foreign Investment Law whether a Chinese individual instead of a Chinese company can set up a cooperative FIE with the foreign investor. Also, it is ambiguous whether the investment from HK, Macau, and Taiwan will be treated by reference to foreign investment given relevant changes in the cooperation between China’s new Greater Bay Area (Guangdong, Macau & Hong Kong). For foreign investment in regulated industries e.g. banking, securities, insurance, freight forwarding, specific industry regulations still apply.

The CJVs, EJVs, and WFOEs that had been incorporated according to the former CJV, EJV and WFOE laws may retain its current "organizational form" e.g. limited liability company or legal person within the five-year transition period after the effectiveness of the Foreign Investment Law. For Joint Ventures in the process of discussing shareholders agreements and terms it is unclear what piece of regulation they should follow (old CJV, EJV Laws, Company Law). Until further guidance is released by the Mofcom and AIC, our suggestion is to structure any deal with a dual set of agreements already set to enter into force the moment that each piece of law stays relevant (i.e. scheduled transition).

There is no substantial influence on the organization form of WFOEs, the legal form of most of Foreign Investments.

With respect to the CJVs and EJVs, clients and parties may consider adapting their AoA in compliance with the PRC Company Law or at least kick-start new negotiation rounds with their Chinese counterparts. A major challenge would be represented by changing the JV’s highest authority from the Board of Directors to the shareholder's meeting and reassignment of the director's appointment and voting rights on major company decisions (buy-outs, structural changes). For the set-up of representative offices by foreign companies or NGOs in China, the current legislation and authorities in charge (Ministry for Civil Affairs) remains the same.

To discuss your business needs in China, contact our team today.

What Does China's Three-Child Policy Mean For Your Business?

Find out more about What Does China's Three-Child Policy Mean For Your Business?