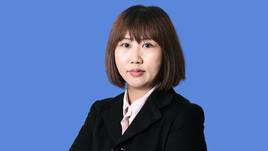 Stephanie received her LL.M. from East China University of Political Science and Law and was admitted to the PRC Bar in 2007. Before joining Hawksford, Stephanie was practicing corporate and intellectual property rights law in an UK law firm for 5 years. Stephanie frequently advises multinationals on their expansion into China through foreign direct investment (FDI) and other restructuring plans, as well as privately owned companies on their overseas investments. Her specialised sectors include FDI, general corporate matters, retail and compliance.

Our team is ready to help.