The COVID-19 crisis fallout has caused Asian high net worth (HNW) families to rethink their business continuity plans and has acted as a catalyst for many to take stock of their wealth succession plans.
In this piece, Alice Quek, Head of Private Client Services, Asia at Hawksford, explores the unique features of Asian wealth protection and how wealth transfer plans have changed due to the COVID-19 pandemic.

Trusts: to have and to hold

According to research from EY, approximately 85% of companies in Asia are owned by a family business. The economic rollercoaster throughout the global pandemic has made it imperative for these Asian family businesses to build wealth and explore wealth protection. As such, the different layers of family dynamics, history, and expectations can create unique complexities.

As the COVID-19 pandemic swept in, we witnessed a shift in the mentality of affluent Asians towards wealth protection. It is clear that the future is uncertain and that it is essential to plan for a successful wealth transfer to the next generation.

Travel restrictions and business downturns during the Covid-era have also resulted in Asia’s HNWs beocming more conscious about wealth preservation through trusts – this is especially the case when two business families form a marriage alliance.

Pre-nuptial agreements are not as popular in the region and tend to evoke discomfort, as many Asians prefer to not raise the idea of divorce before marriage. The concern for “saving face” while preserving wealth has led to families setting up separate structures or trusts to protect their family assets.

While the earlier generation of Asians tend to be within one tax domicile, younger generations tend to be spread out geographically – giving rise to tax issues. Trusts have thus become a popular way to manage taxation complexities across family members in different jurisdictions.

Hawksford would love to be your trusted professional. Get in touch today.

The pandemic has also seen some businesses flourish, with some planning to take to capital markets to raise cash for further expansion. While previously, Asian business owners tended to focus on building wealth when expanding, a more conscious effort is to maintain a separate vehicle to preserve wealth for future generations.

The pre-IPO trust is gaining popularity as a wealth preservation structure among businesses that plan to go public in the next five to eight years.

Trusts can help optimise how the HNW family can preserve their wealth in the event of an initial public offering (IPO).

In addition, after the IPO listing, business owners may use the same trust for succession planning, risk, and tax mitigation.

At the same time, when a trust holds company shares, the family can safeguard from losing business control in the event of third-party creditors’ claims.

Among Asian-owned businesses, older family leaders tend to leave a part of their assets to charitable organisations – generally at a much later stage of their wealth cycle.

In contrast, the next generation is taking an active role in sustainable investing and going into active philanthropy much earlier, in order to uplift the community around them. Environmental and social causes are popular among the next generation of affluent Asians and the pandemic has driven home the importance of building a more resilient community overall.

With the unpredictable nature of the pandemic, Asia’s HNW families are being driven to protect the family’s business interests by diversifying not only their wealth generation but also wealth protection and social investments. 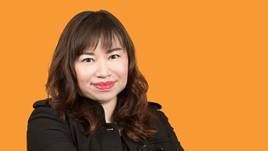