China IIT Reform: Shaping the working class into the taxpayer of the future

It has now been four months since the new Individual Income Tax Law has come into force when on 31 August 2018, the Standing Committee of the People’s Congress approved amendments regarding to the old IIT law announcing it as effective staring on 1 January 2019. 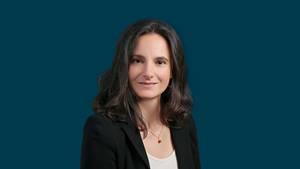 From a general point of view there are four main topics affected by the measure and they mostly refer to:

New guidelines from the Tax Bureau point out that monthly income in the form of wages shall be declared on the same period in which it is originated. However, many companies still pay and declare salaries within 10 to 15 days delay due to contractual payment terms

As solution, enterprises have already started to revise their labor contracts and company handbooks in order to clear wages within the last day of the month.

Initially another possible solution was to delay the declaration of 1 month, an option that was ruled out by China tax authorities. For income deriving from personal services, royalties and authors’ remunerations the timeline for declaration is now limited to the same month in which those earnings actually happen.

In conclusion, China’s individual income tax (IIT) reform marks as a milestone for the legislator’s influence on the private and real economy.

It already affects nowadays almost every taxpayer and employer holding staff in China and it definitely benefit the middle and low working class labor force by increasing items for personal deduction with relevance to nowadays society (mortgages, medical bills and elderly care are a given for most).

Finally, the IIT also clarifies the definition of “resident” and “non-resident” taxpayers harmonizing the global effect of OECD rules on personal income and the application of DTAs signed by Western and developing countries symbolizing a new era for the application of internationally-recognized standards of taxation and itemized deductions.

How to Calculate IIT on End-of-Year Bonuses in China

All You Need to Know About ‘Fapiao’ (Invoices) in China